Is the Taiwanese Military Preparing for the Wrong War? 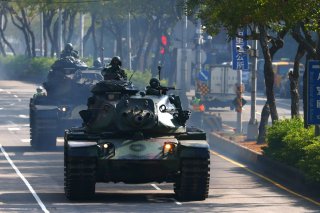 As a result, Taiwan’s maritime strategy risks falling behind the times even as strongman Xi and other communist chieftains rattle their sabers. The same could be said of Taipei’s air strategy, predicated on high-end fighters such as F-16s and F-35 stealth fighters. This is at a time when airfields and other infrastructure are increasingly untenable in the face of PLA Rocket Force ballistic missiles and PLA Air Force combat aircraft. Aviators too are susceptible to memes.

This piece first appeared a while ago.