Take Note: Inflation Could Be Here to Stay 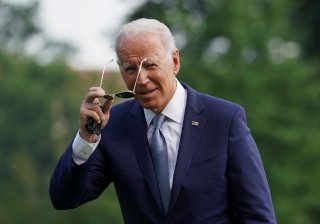 Here's What You Need to Remember: The producer-price index, a separate inflation measure released Wednesday, which is used to monitor the prices that businesses get for their goods and services, spiked 7.3 percent in June compared to a year earlier, up from a 6.6 percent increase in May.

Federal Reserve Chairman Jerome Powell said Wednesday that inflation had jumped notably and “will likely remain elevated” in the upcoming months before “moderating.”

The pandemic has triggered a slew of supply constraints and gridlocks, prompting price increases for goods and services, “which should partially reverse as the effects of the bottlenecks unwind,” Powell said in testimony before the House Financial Services Committee.

Although Federal Reserve officials and economic forecasters anticipated a rise in inflation as a spike in consumer spending swarmed markets with supply shortfalls, the pace of inflation rates has been higher than originally expected.

“The incoming inflation data have been higher than expected and hoped for, but they’re actually still consistent with what we’ve been talking about,” Powell said, as inflation has been derived from a “small group of goods and services that are directly tied to the reopening of the economy.”

He added, “We are monitoring the situation very carefully. We are committed to price stability, and if we were to see that inflation were . . . remaining materially high or above our target for a period of time, and it was threatening to uproot inflation expectations and create a risk of a longer period of inflation, we would absolutely change our policy as appropriate.”

Powell reiterated that the current inflation surge is temporary and will level out once economic conditions return to normal.

The central bank is also purchasing $120 billion a month in Treasury and mortgage securities to anchor interest rates near zero, and Powell noted that the Fed is committed to maintaining its monetary policy until the economy reaches “substantial further progress” toward full employment and inflation since it’s “still a ways off.”

“This is somewhat of a discretionary test,” Powell told lawmakers.

The central bank chair said that the monetary policy measure implemented, “along with our strong guidance on interest rates and on our balance sheet, will ensure that monetary policy will continue to deliver powerful support to the economy until the recovery is complete.”

The chair’s remarks come after the Labor Department reported Tuesday that its consumer-price index jumped 5.4 percent last month compared to one year earlier. When omitting volatile food and energy categories, prices increased 4.5 percent from a year earlier, the most in nearly three decades.

The producer-price index, a separate inflation measure released Wednesday, which is used to monitor the prices that businesses get for their goods and services, spiked 7.3 percent in June compared to a year earlier, up from a 6.6 percent increase in May.