Take a Ride in the Famous A-10 Warthog 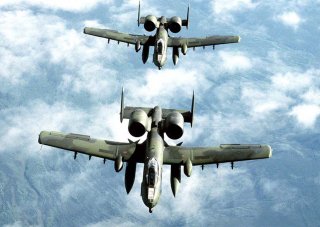 Here's What You Need to Remember: The A-10s specifically, there are some units that have unique designs, to include snake’s teeth, shark teeth, and boar’s teeth, and it’s based on the unit you’re with — those are allowed. But they’re not the same style as a World War II airplane with the name on it.