'Talking' Robot Ships Coming to a Sea Near You 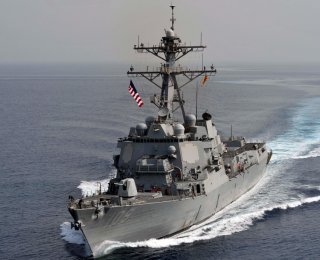 Here's What You Need to Remember: “The Navy seeks an integrated solution that will enable a USV to act much like a human mariner,” the Navy said. “In particular, the USV should be able to understand secure Bridge-to-Bridge radio transmissions, incorporate their meaning into its world model, develop appropriate maneuvering plans, and respond via voice on the Bridge-to-Bridge radio.”