A Tank for All Seasons: The Russian T-90MS 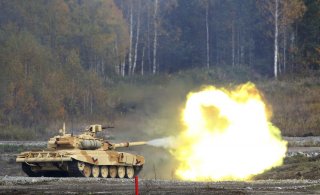 Here's What You Need To Remember: Clients are already lining up to buy the improved tank, notably armed forces in the Middle East (including Egypt and Kuwait).

Despite these active measures to maintain market competitiveness, the T-90MS will still come in at 4.5 million dollars per unit, a steep increase over the 2.5-3.5 million dollars per unit of its T-90S predecessor. To capture as many segments of the heavy armor market as possible, the Russians will continue offering the T-90S and even the original T-90. Both are still perfectly viable options in medium and low-intensity conflicts, and remain in demand across the world.

Mark Episkopos is a frequent contributor to The National Interest and serves as research assistant at the Center for the National Interest. Mark is also a Ph.D. student in History at American University. This article first appeared in February 2019.