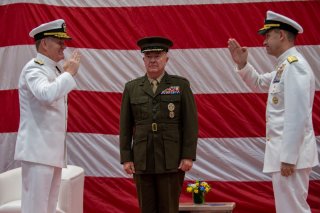 Here's What You Need To Remember:  Rather than enforce arbitrary term limits, Congress should change the law to allow presidential administrations and lawmakers the discretion to determine whether a commander remains in sync with the times or new blood is needed.

Last Sunday brought a shocker from the world of American naval affairs: Adm. Bill Moran, a highly respected naval aviator and budgetary and personnel specialist, announced that he would retire from the service rather than take up the post of chief of naval operations (CNO), America’s top naval officer. Details remain scanty, but Admiral Moran had remained in contact with a disgraced public affairs officer via email and USA Today had filed a Freedom of Information Act request to obtain their correspondence. Moran was probably worried that the press would sensationalize the contents of the email conversation. If so, then the ensuing scandal could have made him an instant lame-duck CNO.