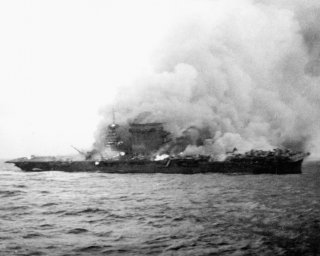 Here's What You Need To Remember: Sixteen days later it was back in Pearl Harbor, where the venerable carrier finally had its eight-inch gun turrets removed in exchange for additional rapid-fire antiaircraft batteries. The Navy finally appreciated that the carrier’s ability to launch and defend against swarms of aircraft that could attack targets hundreds of miles away was more important than a few extra big guns.