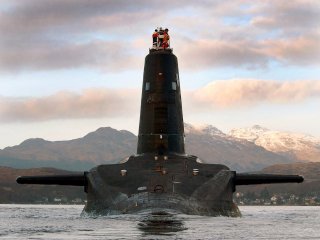 Here's What You Need to Know: France and Britain's most powerful warships avoided what could have been a total disaster.

Curiously, the HMS Vanguard, a Vigilant-class British Royal Navy nuclear submarine also experienced a collision that evening. The first of her class, the Vanguard measures 150 meters long and displaces 16,900 tons when submerged.

This article first appeared in December 2016.