Thanks to Biden, Parents Have Some Serious Cash Payments Coming 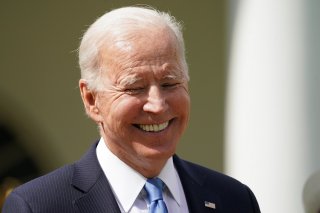 Here's What You Need to Remember: The agency added that more than thirty-six million American families will be receiving letters telling them that they may be eligible to receive the monthly credit payments. Then a second, personalized letter will follow, which will have the estimated amount of their monthly checks.

They may not be the traditional coronavirus stimulus checks, but millions of Americans are gearing up to take advantage of recurring monthly payments till the end of the year.

Thanks to President Joe Biden’s American Rescue Plan, this new cash windfall will come in the form of expanded child tax credits, which will begin hitting the bank accounts of eligible parents on July 15.

As that date gets closer by the day, some parents are naturally asking questions, and one of the bigger ones includes those in regard to whether employment is required at all to receive the government-issued funds.

According to the Internal Revenue Service, parents apparently don’t need to be employed in any way. Know that before this year, this particular credit was set aside only for parents who had at least $2,500 of earned income.

However, be aware that income thresholds still need to be met. In order to qualify for the full amount of $3,600 per year for a child under the age of six and up to $3,000 for children between ages six and seventeen, a family headed by a couple should earn less than $150,000. For individuals, the amount is $75,000.

If these requirements are met, then parents would be eligible to take home a $250 or $300 payment each month through 2021. In addition, eighteen-year-olds and full-time college students who are aged twenty-four and under can give their parents a one-time $500 payment.

As financial situations can change throughout the year, take note that the IRS is planning on launching by July 1 a child tax credit portal, which will enable users to update and adjust personal financial information, such as bank account and routing numbers, and any changes to child dependents.

Know that eligible parents can also opt out of the monthly payments altogether. In doing so, they may protect themselves from future tax-related headaches due to overpayments of the credits and will potentially be in line to receive a one-time lump sum during the next tax season.

“Later this year, individuals and families will also be able to go to IRS.gov and use a Child Tax Credit Update Portal to notify IRS of changes in their income, filing status, or number of qualifying children; update their direct deposit information; and make other changes to ensure they are receiving the right amount as quickly as possible,” the IRS stated.

The agency added that more than thirty-six million American families will be receiving letters telling them that they may be eligible to receive the monthly credit payments. Then a second, personalized letter will follow, which will have the estimated amount of their monthly checks.