Thanks to Germany, South Korea Became a Submarine Powerhouse 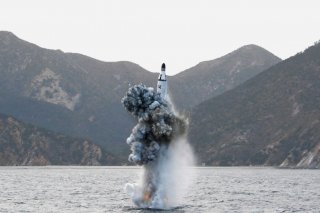 Here's What You Need to Remember: One of the more noteworthy aspects of the Dosan Anh Changho-class is its vertical missile launch system, rather uncreatively named the Korean Vertical Launching System. Though a standard feature with many of the world’s leading navies, a vertical launch capability would give Seoul a powerful new tool in their quiver.