Thanks to North Korea and China, Japan’s Navy Has a Reason to Grow 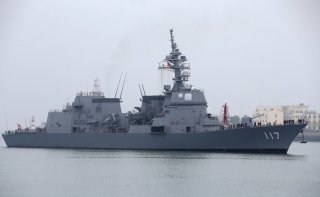 Here's What You Need to Remember: One type of warship the Japan Maritime Self-Defense Force won't operate is a battleship, and there are no plans for a 21st-century version of the Yamato super battleship.