These 5 Anti-Ship Missiles Will Send Any ‘Battleship’ Running 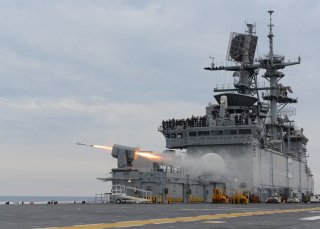 Here's What You Need to Remember: Japan’s strictly defensive military doctrine has driven a requirement for smaller ASMs to arm ships, aircraft and ground batteries. Japan has designed and produced two generations of anti-ship missiles fitting this profile, but the third generation will likely be a radical departure from past designs.