These 5 Power Pistols Were Not Made in America 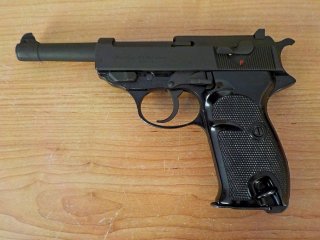 Here's What You Need to Know: The Walther P38 was adopted by the German Army in 1938 and served throughout the Second World War. Approximately one million pistols were produced during the war.