These 5 Russian Submarines are the Worst to Ever Sail 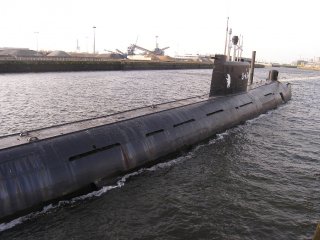 Here's What You Need to Know: Submarine design and construction is a notoriously tricky business—these projects often don’t pan out for a wide range of technical, logistical, and even political reasons

For decades, the Soviet Union has been one of the world’s leading producers of cutting-edge submarine technology. The Russian Federation has since picked up its predecessor’s mantle, challenging its NATO rivals with two formidable newsubmarine classes. But submarine design and construction is a notoriously tricky business—these projects often don’t pan out for a wide range of technical, logistical, and even political reasons. Here are the five worst Russian and Soviet submarines.

Designed around a unique implementation of air-independent propulsion (AIP) technology, the new Project 677 Ladasubmarines were meant to provide the Russian navy with a modernized, cost-efficient complement to nuclear-powered submarines. But the Lada project stalled amid technical difficulties, leading the manufacturer to abandon AIP propulsion altogether in favor of a traditional diesel-electric system. Project 677’s place on this list is a reflection of the fact that the Russian shipbuilding industry has failed to implement the submarines’ core defining feature, dooming what was a potentially innovative class to long-term technical irrelevance.