These 5 Shotguns are Blowing the World Away 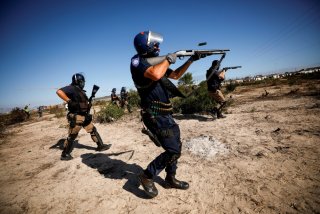 Here's What You Need to Remember: The shotgun with the most recent U.S. military pedigree is the Mossberg 500 series pump-action shotguns, including the Mossberg 590. The 590 is the only shotgun that passed U.S. Military specification MIL-S-3443G, which outlines the standards for U.S. armed forces riot-type shotguns with regards to accuracy, endurance, ability to withstand rough handling and the effectiveness of the supplied heat shield.