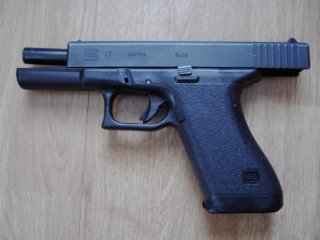 Here's What You Need to Remember: Developed in the late 1980s to challenge Glock in the U.S. police market, the USP would later fulfill a requirement with U.S. Special Operations Command for the Offensive Handgun Weapon System program. The SOCOM program resulted in the Mk.23, a .45 caliber variant of the USP with a twelve-round double stack magazine, laser aiming device and suppressor.