With These 5 U.S. Weapons, Russia (Yes, Russia) Would Be Unstoppable 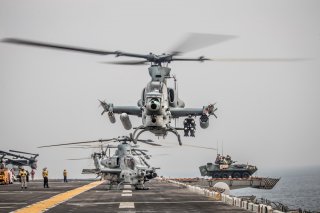 Here's What You Need To Remember: The Russian military remains extraordinarily dangerous. However, it still struggles with the legacy of the Cold War. The contraction of the Russian economy and the crash in the price of oil haven’t helped, either. Nevertheless, there’s every reason to believe that the Russians understand their military deficiencies, and are working hard to remedy the problems.

Robert Farley, a frequent contributor to the National Interest, is author of The Battleship Book. He serves as a senior lecturer at the Patterson School of Diplomacy and International Commerce at the University of Kentucky. His work includes military doctrine, national security and maritime affairs. He blogs at Lawyers, Guns and Money, Information Dissemination and the Diplomat. This first appeared several years ago.