These 5 Weapons are a Gamechanger for Any Infantry 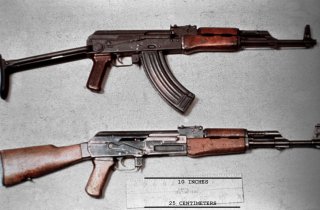 Here's What You Need To Remember: An entire line of infantry weapons has grown up around the QBZ-95. A carbine version with a shorter overall length is available for vehicle crews and special forces, while a heavier barrel variant is available to boost squad firepower.