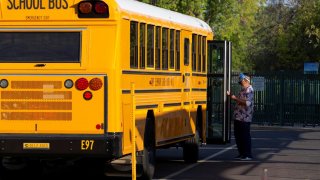 When COVID-19 brought the school year to an abrupt halt early this year, few anticipated that the global pandemic would be the impetus for private school choice reforms across the nation.

As is the case with so many other sectors, many private schools struggled after losing tuition and other funding resources due to the strains of COVID-19.In fact, the libertarian Cato Institute reported that as of this month, 115 private schools had announced permanent closures.

That means that more than 15,400 children lost their schools. The estimated transfer cost of these students to public schools is more than $278.3 million.

Recognizing what the loss of education options would mean for families, policymakers in six states proposed emergency private school scholarships in response to the crisis.

The CARES Act, signed into law by President Donald Trump in June, authorized $3 billion for the Governor’s Emergency Education Relief Fund, or GEER, a flexible grant that governors can use for education-related programs.

Oklahoma Gov. Kevin Stitt, a Republican, used a portion of his state’s GEER funds to craft “Stay in School” scholarships, providing $10 million to cover tuition at Oklahoma’s 150 private schools for children from low-income families whose incomes have been affected by the coronavirus pandemic.

More than 1,500 Oklahoma children could receive a scholarship worth $6,500 each. That covers all or most of the average annual cost of private school tuition in Oklahoma, which is about $5,000 for elementary students and about $7,000 for secondary students.

The scholarship amount, however, is still less than the average per-pupil amount, $8,778, spent annually by Oklahoma public schools.

Oklahoma students also will have access to the $8 million Bridge the Gap Digital Wallet education savings account-style funding, which is funded by GEER and will provide more than 5,000 children living in poverty with $1,500 grants to “purchase curriculum content, tutoring services and/or technology.”

In the era of pandemic pods, this is critical policy.

Likewise, South Carolina used its GEER funds to create a private school scholarship program for children from low- and middle-income families. For instance, children living at or below 300% of the federal poverty line could be awarded a scholarship of about $6,500.

Since 2015, New Hampshire’s tax credit scholarship has allocated $3.8 million to help 1,377 children attend private schools of their choice. The additional emergency funds will help 800 children receive scholarships valued at $1,875 each. That amount covers more than 22% of the average cost of tuition at a private elementary school in the state.

Like New Hampshire, Florida used $30 million of its GEER funds to stabilize its tax credit scholarship.

At the same time, Florida Gov. Ron DeSantis, a Republican, also put $15 million toward the Private School Stabilization Grant Fund. Private schools are eligible for this grant if they were hard hit by the pandemic and if more than 50% of the student body uses school choice scholarships.

Never missing a beat, special interest groups have alleged that efforts in those states to use GEER funds to support families accessing education options of choice will hurt public schools.

Yet, public schools in Florida, New Hampshire, Oklahoma, and South Carolina received a combined $1.1 billion from the CARES Act. Of that, the total governors’ discretionary funds accessible to children enrolled in private schools in the respective states totaled $96.5 million.

Taxpayers and state policymakers, however, are right to balk at the new federal education funding.

The $13.5 billion CARES Act, along with the $3 billion in GEER funding, is significant new federal spending, representing more than 25% of what the federal government spends yearly on K-12 education through the Department of Education’s discretionary budget.

However, as The Heritage Foundation’s Jonathan Butcher wrote: “If the funds already are appropriated for education, as it is with CARES spending, then there is no more effective purpose than to give every child a chance at the American dream with more learning options.”

Moving forward, state policymakers should make sure that the emergency private school scholarships become permanent, funding them through changes to state policy.

Rethinking how education funding is delivered, through more nimble models, such as education savings accounts, should remain a permanent feature of the education policy landscape. Moves in these states are steps in the right direction.

This article by Jude Schwalbach first appeared in The Daily Signal on August 18, 2020.