These Lockdown Diaries Reveal the Everyday Voices of the Coronavirus Pandemic 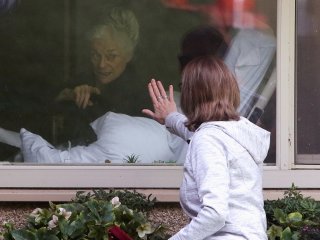 A diary is by its very nature an intensely personal thing. It’s a place to record our most intimate thoughts and worries about the world around us. In other words, it is a glimpse at our state of mind.

Now, the coronavirus pandemic, and the impact of the lockdown, have left many people isolated and scared about what the future might bring. As a sociologist, I was keen to hear how people were experiencing this totally new way of life. So in early March I began the CoronaDiaries – a sociological study which aimed to highlight the real voices and the everyday experiences of the pandemic by collecting the accounts of people up and down the UK, before, during and after the crisis.

From the frontline health worker concerned about PPE and exposure to COVID-19, to the furloughed engineer worried about his mental health, these are the voices of the pandemic. Entries take a variety of forms, such as handwritten or word-processed diaries, blogs, social media posts, photos, videos, memes and other submissions like songs, poems, shopping lists, dream logs and artwork. So far, the study has recruited 164 participants, from 12 countries, aged between 11 and 87. These people come from a range of backgrounds.

When I began this project in March, I did not expect the study to prove so popular. I have been studying and working as a sociologist for nearly 20 years and most of my research so far has looked at how young men experience education, gender roles and social inequality.

Like many of us, I was wondering how I could be of use at this time, do my bit in the crisis and make the most of my skills. As the weeks have gone by and more and more people have signed up, I’ve realised this project isn’t just a research study to understand how society is being made and remade – it is also providing hope and acting as a cathartic coping tool for people. While some of the documents have made me cry, especially those from already vulnerable people, others have made me laugh and have been a joy to read. I feel as though I am on a journey with the participants as we move through the crisis.

Reading the entries, what becomes clear as the lockdown is eased is that this pandemic has been – and will continue to be – experienced in very different ways across society. For some, the crisis has been an opportunity, but for others, who are already in a disadvantaged position, it is a very frightening experience.

Emma is in her late 30s, and a frontline health worker in a rural location in Wales. Like many key workers, Emma is also juggling family life and caring responsibilities. In a diary entry written in mid-march, Emma foresaw issues with PPE in the NHS.

On my shifts over the previous weekend, it became apparent how unprepared we are. I was working on a ‘clean’ ward and four of the patients were found to potentially be infected. There were no clinical indications they were potentially infected on admission and had been nursed without PPE for two days. We may have all been exposed, as these patients are suspected to have COVID-19. We have been given bare bones PPE. It was quite sobering when a rapid response was called and the doctors refused to enter the cubicle without FFP3 masks, blue gown and visor.

Emma said the equipment “magically turned up” after the doctors took this stand but said the sight of them all in surgical gowns, helmets and visors “did verge on the ridiculous”. She added:

I did find it amusing – we’re looking at the doctors wanting their protection and they are looking at the consultant wanting his! It did feel like a farce. Fortunately, the patient was made stable and went to surgery for another issue. But the whole episode was worrying, particularly the crappy surgical mask and aprons we are provided. It’s also galling that they have told staff there is no PPE when clearly there is. Can’t help but think a lack of information is creating fear amongst staff. It’s also weird they aren’t testing staff unless they’re symptomatic. This is crazy when they are so dependent on bank and agency workers who move around.

Beth, 35, is a mother of two young children who lives in a busy city. In the early days of the crisis, she hid her fears from her children. Here is a snapshot from her written diary:

I didn’t sleep well last night, didn’t help I watched the news before going to sleep. Then looked at my phone and full of corona news … Today was the big announcement from Boris (Friday, March 20) ‘to stay in’! Even though he had been saying this all week, the tone and manner of the broadcast was so scary and serious. I felt scared for my family and it just made me fearful of what is to come. I rang my mum straight away … [she] could hear my fear. After a good chat … my mum … remind[ed] me ‘we are all well at this moment’ and to focus on that. My daughter cried later that evening. I said, ‘what are you scared of’ to which she replied, ‘I’m not sure mummy, I don’t know what I am scared of.’ Which made me realise that I need to be brave and make sure that both kids are reassured. Later that evening, I felt tearful and just feeling overwhelmed by the whole situation. How stupid too, because we are all safe.

Audrey, 21, goes to a university in Birmingham and is in the final months of her degree. The rupture of “normal” student life became clear when the full scale of the lockdown came into force, causing her housemates to leave their shared house.

I’d just lost all three of my housemates, who’d returned to Barbados, Spain and France – literally one day after each other. My landlord really kindly agreed that my sister could stay with me – and she won’t even charge any rent. I almost cried when I got that message. I was having a facetime with my friend, where we paused to watch Boris Johnson’s speech (March 23). It was so scary because we were effectively in lockdown. I had told my sister that I thought it was about to happen earlier in the day, she didn’t believe me – and then unfortunately it came true! I told her to jump on the train from Manchester.

Audrey went on to write how some of her fellow students set up a food bank in one of the student accommodations near her and that she is determined help where she can. But despite her altruistic efforts, the lockdown was still taking its toll.

I feel deflated from everything. I chatted to a friend over Messenger and she suggested I paint something. I painted this rainbow and felt so much better at the end. I added in my favourite quote that gets [me] through any hard times and stuck it on the window.

Eva is a self-employed cleaner, in her mid 50s, who lives in South Wales with her husband, John, who works in a factory making hand sanitiser. As the lockdown entered its second month, she reflected on her relationship with the woman who worked for her and how differently the pandemic was effecting them both.

Today I am cleaning the community centre, which since the lockdown, is running as a food bank three days a week … I bleach everything, door handles, floors, everything. Most staff work from home at the moment so we are going in the morning until all this is over. I’m glad I’m still in business for Beverly, who works with me, as much as anything. I’m her only income, but if I don’t work, I don’t get paid. We have a cigarette break outside and I remind Beverly to stay apart. ‘What, beans for brekkie, was it?’ I laugh. Beverly really doesn’t care about COVID – like many others I meet, who believe if they get it, they get it.

For once I’m glad I’m a worrier, plus I’m not ready to die yet. We are out of there early as no staff equals less mess. I break it to Beverly that I can’t give her a lift home for now. Last week I made her sit in the back [of the car] which felt faintly ridiculous, but John advised even that’s too close. Beverly shrugs and says that’s fine. Her son died unexpectedly two years ago and now she accepts hardship with ease. I feel bad as her life really is crap and now she has to walk two miles home.

Sophia is a teacher in her 40s and based in the south of England. She is trying to home school her children during the lockdown and being a parent and a teacher is proving challenging.