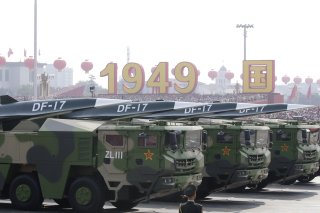 Here's What You Need to Remember: Taiwan and Japan have cause for concern, Beijing’s missile capabilities are growing.