These Military Leaders Suffered Some of the Worst Defeats in History 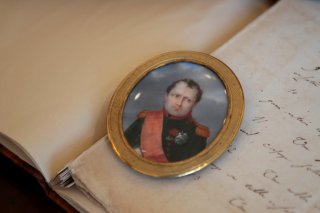 Here's What You Need to Remember: War is an extension of politics, and if commanders don’t help secure the desired political ends, they get a failing grade. And if they not only fail to deliver, but wind up sinking their own side in the process, and change history, they earn a spot in the Hall of Military Shame.

How do you measure military leaders?

When all is said and done, it doesn’t matter how nice, brave, courageous, gutsy, loyal or brilliant commanders they’ve been. It doesn’t matter if they’ve won more often than they’ve lost.

How they’ve practiced the art of war is immaterial, too.

War is an extension of politics, and if commanders don’t help secure the desired political ends, they get a failing grade. And if they not only fail to deliver, but wind up sinking their own side in the process, and change history, they earn a spot in the Hall of Military Shame.

In considering who should receive such a dubious honor, I’ve consciously excluded bad leaders. From Kaiser Wilhelm to Hitler and Saddam Hussein and Gadhafi, there is no end of national leaders who squandered their nation’s blood and treasure in futile conflicts.

Even a string of bad days does not guarantee entry. George Brinton McClellan, a self-proclaimed “Young Napoleon,” ran dreadful campaigns, but he doesn’t make the grade because he was canned before he could lose the entire war. A more positive example is George Washington.  Starting with the battle of Long Island, he lost way more fights than he won—yet he managed to win the war. That’s an automatic disqualification from Hall membership.

So what is the standard of shame for induction? It’s quite exclusive: combat leaders who had the fate of their people in their hands and squandered it all. Here’s the inaugural class:

#6. Darius III. The Persians had a mixed record against the Greeks. Sure, they ganged up on the Spartans at the Pass of Thermopylae. On the other hand, there was that bad day at the Battle of Salamis when most of the Persian fleet went to the bottom.

But the award for the biggest Persian loser goes to Darius III. At the Battle of Gaugamela, he helped make Alexander great by losing half his army to the Macedonian upstart.

Alexander went on to march halfway across Asia, creating an empire, albeit short-lived, that changed the history of three continents—not bad for an ancient millennial. Darius was a different sort of game-changer. His battlefield losses marked the end of the Persian Empire.

#5. Hannibal. Sure, he was the greatest commander of the Second Punic War, a titanic contest between Carthage and Rome. Yet, Hannibal nevertheless ranks as one of the world’s epic fails.

Where is Carthage you ask? Exactly. That’s the point. There is no Carthage. Scipio Africanus defeated Hannibal at the Battle of Zama. In the end, the Romans leveled Carthage and salted the earth. Not good, Hannibal.

Think about how history would have been different if Hannibal had a military plan to outlast Roman might. For one thing, we wouldn’t have Spartacus on Netflix.

#4.Gen. Charles Cornwallis. Seriously, who represents The British Empire; had the world’s greatest navy, enough cash to hire half the mercenaries of Europe, and the advantage of having a pretty pathetic-looking foe: a rag-tag army of ill-equipped rebels. Luckily for the colonists, the Empire also had Cornwallis, a peer of the realm and truly pitiful commander.

At Yorktown, he allowed himself to be taken by surprise and outmaneuvered by Washington and the French fleet. After only an eight-day siege, he surrendered his entire army—a third of all British forces in America.

It was another history-changing event, the birth of a truly exceptional nation. As for the British, they had lost the most valuable jewel of the Imperial crown.

Cornwallis later did redeem himself militarily. Dispatched to India, he led campaigns to help subdue the subcontinent, replacing the crown jewel he had lost. Still, it is his world-changing defeat at Yorktown that merits memorializing.

#3. Napoleon.  As a military commander, Napoleon may have the best batting average of all time. Still, he choked in the big game. His 1812 campaign against Russia ended in complete disaster. Then, in an ill-advised comeback, he met his Waterloo.

With the “Little Corporal” running everything, Europe might have become a very different place. But all that remains of his would-be empire today is a flaky French pastry.

#2. Antonio de Padua María Severino López de Santa Anna. Santa Anna liked to call himself “the Napoleon of the West.” And, like Napoleon, he squandered it all in one grand campaign.

Sure, he won big at the Alamo. But with that kind of advantage in troops and firepower, who wouldn’t? What defines Santa Anna is his utter failure to subdue the Texican rebels and block American expansion.

His bad luck didn’t end at San Jacinto. Two years later, he lost a leg fighting the French. (The leg did get a state funeral). A final humiliation came during Mexican-American War. In 1847, U.S. troops once again surprised Santa Anna and captured his prosthetic leg. They kept it as a war trophy, exhibiting the leg at county fairs.

#1. General William Westmoreland. He was called the “inevitable general.” A West Point graduate, he served in World War II and Korea. When it came to military command, Westmoreland was everybody’s all-American—until he met his Waterloo. He bears a lot of responsibility for one the greatest reversals of military fortune ever experienced by a super power.

As the commander of U.S. forces in Vietnam, he faced a two-front war, an insurgency in the South and an invading army from the North. At the height of the Cold War, he dealt decisively with neither. As a result, American military power and prestige took a dramatic downturn.

The Soviets saw the American humiliation in Vietnam as a turning point. They dramatically upped their game, pressing the U.S. worldwide. The 1970s were scary times. Fortunately, along came Reagan—if not for that, Westmoreland’s military reversals could well have signaled the beginning of our end.