These Naval Battles Brought Down Many a Metal Battleship 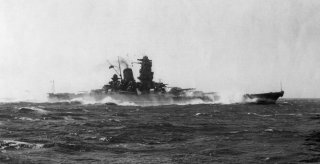