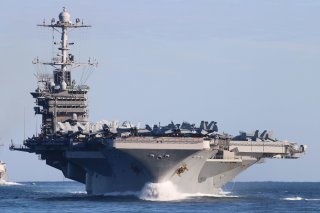 Key point: But perhaps the gravest threat from Moscow’s perspective were the nuclear weapons regularly stationed on U.S. carriers.

In the event of World War II, the Soviet Union planned to go after the U.S. Navy’s fleet of aircraft carriers in a big way. The carriers were a flexible and powerful weapon that could operate at the peripheries of Soviet power, doing everything from supporting land operations to launching nuclear strikes. The Soviet Navy and Air Force built battlecruisers, cruisers, submarines and bombers armed with formidable anti-ship missiles to destroy these America’s carriers and ensure victory in Western Europe.

Kyle Mizokami is a defense and national security writer based in San Francisco who has appeared in the Diplomat, Foreign Policy, War is Boring and the Daily Beast. In 2009 he cofounded the defense and security blog Japan Security Watch. You can follow him on Twitter: @KyleMizokami. This article first appeared earlier this year.