These Weapons Killed Tens of Thousands During the U.S. Civil War 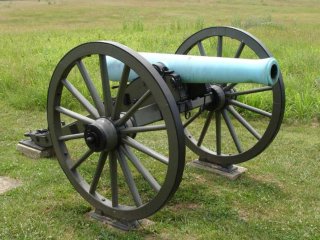 Here's What You Need to Remember: The predecessor of modern-day multi-barreled machine guns and cannon, the Gatling Gun was invented in 1861 by Dr. Richard Gatling, a physician living in Indiana. Gatling allegedly created the gun under the naive assumption that making a single man—the Gatling gun operator—so lethal might cause wars to become obsolete.

The Civil War was by far the most deadly war in American history. The bloody four-year conflict between the northern and southern states of America would end up consuming the lives of an astounding 2 percent of the prewar national population—620,000 dead and a further 1.1 million wounded.