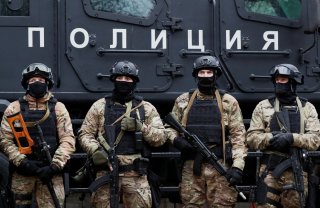 Here's What You Need to Remember: KSSO—along with the rest of Russia’s special operations forces—will only grow more capable as they gain experience and integrate additional capabilities. Undoubtedly, the Russian special operators could be some of the most formidable adversaries that might one-day challenge American forces.