Think You Can Stop the B-52 Bomber in a War? Think Again. 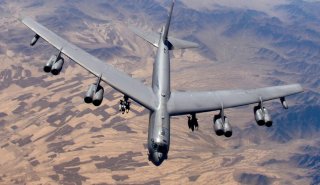 Here's What You Need to Remember: The B-52 bomber’s greatest long-term strength has proven to be its flexibility, and nowhere is this more apparent than its remarkable ability to assimilate new weapons platforms.