Thinking Forward: How the Navy Can Get Its 500-Ship Fleet 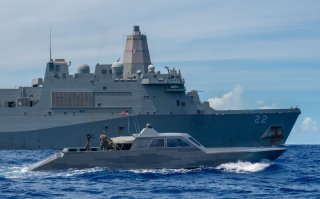 Here's What You Need to Remember: When large numbers of drone ships are factored into the equation, the possibility of building a 500-ship Navy seems somewhat more attainable, given that the drone ships will operate in many different shapes, sizes and form factors.

“Fleet size considerations need to examine a combination of capacity and capability. So it’s two factors. It’s not only quantity, but its quality. You know, for years, we looked at the Chinese and said ‘they got quantity, but they don’t have quality.’ Well, let me tell you, the Chinese have quality now,” Rep. Rob Whitman -(R) Va., ranking member on the House Armed Services Committee Subcommittee on Seapower and Projection Forces, told The National Interest in an interview.