Throwables of Terror: How Hand Grenades Have Evolved Over Time 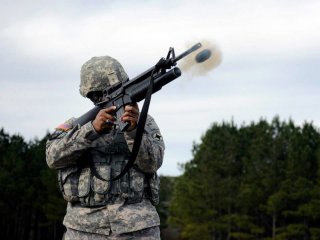 Here's What You Need to Remember: To this end, various nations since World War I experimented with grenades that could reach a greater distance. Related to the traditional “tossed” or “thrown” hand grenade are the rifle grenades, which were also first introduced in World War I. These were fired from a rifle and used a special round rather than a traditional bullet.

Arguably the first hand-thrown explosive or incendiary bombs appeared at the height of the Eastern (or Byzantine) Empire around the eight century, when jars filled with the infamous “Greek Fire,” and thrown at enemy soldiers. A few hundred years later, saltpeter-based gunpowder was developed in China and these were used as primitive bombs.

Part of the trick was determining how long to wait once the fuse was lit before throwing the bomb. Too early and there was a chance it could be thrown back, and too late was far worse. But the greatest threat was from enemy fire, and thus the grenadiers were men who had the courage to storm enemy positions, often with the so-called “forlorn hope” where the casualties were typically very high. As a result, over time the grenadiers became “elite” troops in many European armies, and grenades were just one of many weapons they wielded. Likewise, by the World War I, grenades became a more common infantry weapon issued and used by virtually everyone.