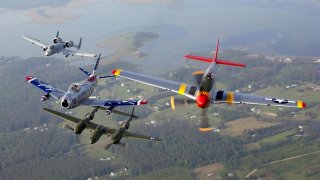 Here's What You Need To Remember: Slower propellor-driven planes are actually better-suited for spotting guerrillas in dense jungle.