TikTok Is Not Huawei: Trump Was Wrong To Ban the App 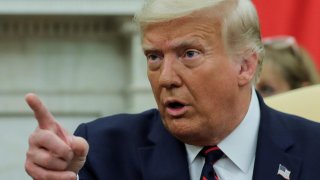 Invoking his alleged powers under the Committee on Foreign Investment in the US and the International Emergency Economic Powers Act, President Donald Trump has moved to ban the hugely successful TikTok app (owned by ByteDance, a Chinese company) from the US market if it does not agree to a forced sale to an American company. The act follows a sweeping speech two weeks ago by Secretary of State Mike Pompeo announcing a more forceful application of the administration’s so-called Clean Network program.

There are wide and deep potential implications for the yet to be fully defined Clean Network program, but for this blog post, here are my preliminary thoughts related to TikTok.

First, TikTok is not Huawei. The Trump administration has invoked security concerns that are valid at some level, but they do not match the more immediate threats from allowing Huawei’s technology to dominate 5G wireless networks, as I’ve noted previously. It is true that TikTok collects personal information from its hundreds of millions of users, and the Trump administration argues that such data could be used for nefarious purposes by the Chinese government in the future. TikTok contends that it stores US user data in the US or Singapore and that it has never passed data on to the Chinese government — and would not do so if requested.

Critics, however, have pointed out that China’s cybersecurity law would force TikTok to cooperate with Beijing despite its declarations. Still, most digital security experts note that Beijing has more direct and efficient means of gleaning personal details than combing through TikTok. This is not to say that, like all internet platforms — Facebook, Twitter, Google, and others — TikTok does not face personal data spillage risks. (The TikTok debate also raises broader questions about whether the US allows domestic social media platforms to collect too much personal information and whether, as The Economist argues, the real issue is the lack of a US national privacy law.)

ByteDance is owned, in large part, by American and Japanese investors, including the endowment funds of major American universities. . . . ByteDance represents a new breed of Chinese company, headquartered in China, backed by a fusion of global capital and linked to an offshore entity in the Cayman Islands, and successful all around the world.

Ironically, at a time when Chinese President Xi Jinping is increasing the role of the Chinese state in industrial planning and political control, ByteDance and its CEO Zhang Yiming built a social media business largely with the aid of foreign investors. This does not mean that ByteDance has escaped the Communist Party’s rigid political and censorship regime but only that thus far it has successfully avoided the pitfalls of state intervention and curtailment. This no doubt stems in part from its goofy, lighthearted business model of 15-second videos and from the wise decision to separate the international TikTok app from its Chinese domestic variant, Douyin.

Third, President Trump’s decision to blackmail ByteDance into a forced sale of TikTok’s business in the US, Australia, New Zealand, and Canada reeks of a Mafia-like deal “you can’t afford to turn down.” TikTok is an extraordinarily valuable asset (as evidenced by its 100 million daily users in the US alone), and the president’s demand is setting off a scramble for its seemingly endless potential in these and other markets.

Although Microsoft was first to step up to the plate, other companies are joining the competition, including Oracle and Twitter (the latter of which is somewhat discounted as lacking the necessary financial muscle). Given the president’s highly transactional approach to policy (he is demanding a fee for the US government as interlocutor) and the fact that Oracle founder Larry Ellison stands almost alone as a Trump supporter in Silicon Valley, political complications cannot be ruled out.

Of course, Trump immediately gave his blessing to the Oracle bid. Industry experts argue that the acquisition makes no sense for Oracle, and Bill Gates has warned that a TikTok bid represents a “poisoned chalice” for Microsoft. Whatever the final result, this is a sordid business (“jingoistic opportunism”) for a country that prides itself on competitive fairness and the rule of law.

This article by Claude Barfield first appeared in AEIdeas on August 20, 2020.