Time for the Pentagon to Reboot the F-16 for Modern Warfare? 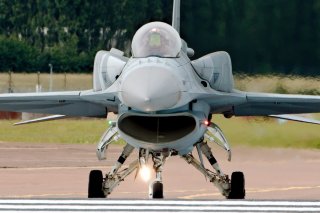 Here's What You Need to Remember: Since the Gulf War, the Falcon has been ubiquitous in U.S. and NATO air campaigns over the former Yugoslavia, Iraq and Syria. American and Belgian F-16s shot down additional enemy fighters over Serbia and Kosovo during the 1990s, though two were brought down by Serb surface-to-air missiles.