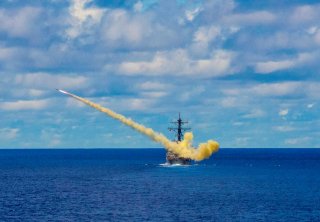 Here's What You Need to Remember: Haunted by the disaster of World War II, a fiercely pacifistic Japan, despite having a fairly large and sophisticated military, had no appetite for long-distance operations outside Japan. That pacifism appears to be fading.

“The plan involves extending the range of Japan's supersonic ASM-3 air-to-ship missiles, which are said to have a range of less than 200 kilometers [124 miles], to over 400 km [249 miles], with the aim of beefing up Tokyo's ability to defend a chain of outlying islands in the southwest,” according to Japan’s Mainichi newspaper several years back.

Michael Peck is a contributing writer for the National Interest. He can be found on Twitter and Facebook. This article was first published in 2019.