The Top 5 Guns of the Kel-Tec Gun Empire 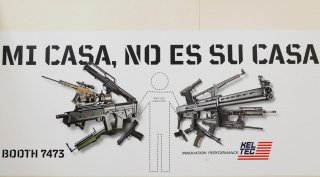