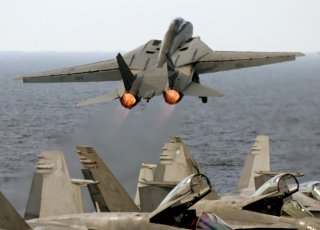 Here's What You Need to Remember: While the F-14 was retired from service with the Navy, and supplanted by the Boeing F/A-18E/F Super Hornet, the Tomcat remains in use with the Islamic Republic of Iran Air Force. Only a handful of the planes, which were purchased by the Imperial Iranian Air Force in the 1970s, remain in operation.