The Transition from Trump to Biden Raises Some Serious Questions 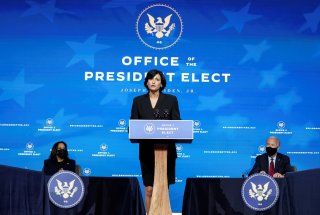 On January 20th, management of the administrative state will change hands from a Republican to a Democratic president. With this transition in mind, below are three open questions about government personnel.

Will EPA Work Only for Progressive Presidents?

During President Obama’s lame duck, the Environmental Protection Agency went into regulatory overdrive. Of particular note, the agency rushed to complete a crucial regulation on fuel efficiency—almost 16 months before the deadline—in an attempt to “cement [Obama’s] climate change legacy.” It was a herculean task, one that was made possible by the tireless efforts of civil servants at the EPA.

Now the shoe is on the other foot. President Trump is in his lame duck. But this time around, civil servants at the agency are acting differently. The New York Times headline says it all: “EPA’s Final Deregulatory Rush Runs Into Open Staff Resistance.”

Such “open resistance” isn’t an isolated incident. Early in the Trump administration, EPA employees took the unprecedented action of lobbying against the president’s pick to head the agency. And throughout Trump’s presidency, EPA employees have trumpeted their “resistance” on social media.

Perhaps this “open resistance” is temporary. Maybe it’s all attributable to Trump, and only Trump. But perhaps the implications are broader. Maybe the EPA’s staff has taken sides, and we can expect this sort of “resistance” whenever a Republican administration tries to implement a deregulatory agenda. This would be a troubling development. We’ll find out one way or another the next time there’s a party changeover in the White House.

According to news reports, President‐​elect Biden will nominate Neera Tanden to lead the Office of Management and Budget. It’s a crucial post; the OMB is the brain of the administrative state. Through its control of agency budgets and spending, the OMB advances the president’s domestic policy agenda.

Historically, Congress deferred to the president’s choice to run OMB. From 1980 through 2016, the Senate cast a total of 48 votes in opposition to a nominee for director of the OMB, and zero votes against a President’s first nominee. Yet, 49 Senators—including the entire Democratic party caucus—voted against Trump’s first nominee for OMB, Mick Mulvaney. Trump’s next nominee, Russell Vought, received a straight party‐​line vote.

So, will Biden’s OMB pick face uniform opposition from the Senate Republican caucus? Already, some Republican Senators have signaled they will vote against Tanden, based on her social media posts (though, to be fair, her support seems far from universal even among progressives).

For our part, we support greater congressional oversight of the administrative state, but we question the wisdom of regularizing partisan confirmation battles over the OMB director. We have two concerns.

First, the OMB is in the Executive Office of the President, and proximity to the president cannot be discounted when the Senate plays its “advice & consent’ function. Simply put, the president’s choice for OMB director merits more deference than his pick for EPA administrator.

Second, it’s difficult to discern the purpose of these recent (or pending) confirmation battles over the OMB director. The OMB’s primary source of power is its role in budgeting and spending. If lawmakers were serious about checking the OMB, then Congress would fix its broken budget and appropriations process. Until Congress takes this basic step back to relevance, it’s hard to take seriously any opposition over whom the president chooses to lead the OMB.

In his election night speech, President‐​elect Biden promised to be “the most pro‐​union president you’ve ever seen.” But will he maintain his “pro‐​union” principles, even if they contravene his self‐​interest in presidential power?

When Biden takes office, he’ll assume leadership over an enormous “corporation”—the administrative state. As a “manager,” the new president will have to deal with “labor”—the civil service. In this capacity, Biden has a direct interest in continuing with certain personnel directives issued by the Trump administration. Last October, for example, President Trump signed an executive order to make it easier to fire federal employees who work “in confidential, policy‐​determining, policy‐​making, or policy‐​advocating positions.” And in 2018, Trump issued an order that gives the president more control over the hiring of administrative law judges.

Both orders were opposed by federal employee unions. Yet both measures advance presidential power, by enhancing presidential control over the people who implement policy.

It’s worth keeping an eye on what Biden does next. Will he side with his pro‐​union instincts, weakening his power to enact the policies that he and his supporters feel are urgent for the country? Or will he leave in place these policies and use them to further his agenda?

Or maybe these questions are moot, because the federal workforce is easier to manage for a Democratic president than it is for a Republican president (see our first section about EPA).