The Trump Administration Is Attacking DACA Again. (And It Makes No Sense) 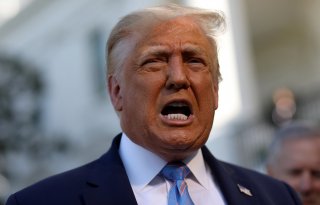 The Department of Homeland Security (DHS) released a new memo to curtail the Deferred Action for Childhood Arrivals (DACA) program. This program has allowed (previously) unauthorized immigrants who grew up in the United States since at least 2007 to stay and receive work authorization. The memo responds to the Supreme Court’s decision last month to block the government’s September 2017 attempt to wind down the program. Here are important facts to understand about this latest memo.

Same as 2017 rescission: As a practical matter, this memo accomplishes many of the same aspects of the September 2017 memo: stop new enrollees, stop travel authorization, and provide for a limited renewal. In September 2017, DACA enrollees had one month to apply to renew for up to 2 years (as has been the case throughout the program). This time, they may only apply for 1‐​year renewals, but there is no explicit cutoff for when the renewals will stop being considered. A cynic might expect a determination about November 4, 2020, which would mean that current participants would be granted a much shorter “wind‐​down” than the last time.

New messaging: While it’s functionally the same, the new DHS memo does not describe itself as a rescission. It says it’s enacting “changes to the DACA policy” while (possibly temporarily) suspending certain aspects of it (new enrollees/​travel authorization). During this time, the government states that it will consider whether to permanently end the program. Again, a reasonable person would expect that the government will conclude this new evaluation sometime in November 2020.

New justifications: The September 2017 memo focused entirely on legal concerns with the policy. The “concerns” raised in this new memo are entirely policy focused. In other words, it’s claiming that DACA might just be a bad idea, even if it’s not illegal. This is a profound shift from the original DACA memo.

New position toward DACA: The government is now unsure whether it wants to end DACA. The government states that “fully rescinding the policy would be a significant administration decision that warrants additional careful consideration.” This is surprising to say the least. Since September 2017, the government has argued that it desperately wanted to end DACA to abide by the law, avoid litigation, and (later on) to further certain policy goals. Will courts accept this sudden reversal or will they conclude that the government is again trying to hide its real reasons for changing DACA?

New treatment of pending new applicants: In the September 2017 memo, the government stated that it would process all pending initial DACA applications (meaning for people who have never had DACA before). In this latest memo, the government will deny all such applications. This is incredibly unfair, particularly since these applicants will mainly be from immigrants who came at the youngest ages (including as young as one‐​year‐​old) because applicants needed to be at least 15‐​years‐​old in order to apply, so only the youngest applicants had no chance to apply before September 2017.

The same Maryland district court recently found that in fact, DHS was denying properly submitted new applications and was asserting erroneously on its website that such applications could not be accepted. In other words, it refused to issue DACA to these applicants, despite the Supreme Court and the district court orders. It now says that it will deny all these initial applications, which it claims are based on “the fortuity of when DHS received the request within a short period of uncertainty” (i.e. after the Supreme Court ruled in favor of those applicants). Will courts accept this? We will find out soon.

Considering but not deciding the issue: The government says it is “considering anew the DACA policy” as suggested by the Supreme Court. Yet it hasn’t actually fully considered the question or come to any actual conclusions about it, yet it is still making decisions to curtail or wind down the program. Will courts accept changes where the agency itself is saying it hasn’t fully considered the questions at issue? We will find out.

Suspect concerns: The policy “concerns” for suspending DACA are suspect. To begin with, DHS claims that DACA could cause more illegal immigration, particularly by children. But it provides no evidence for that because there isn’t any evidence. Indeed, as I have written before, the theory that DACA spurred a rush migrants to the border fails to explain any of the facts. DACA applicants are mainly from Mexico. The children came from Central America. DACA started in June 2012. The rush of children started in January 2012.

DHS asserts against all common sense that “rescinding DACA entirely may well create a more pressing need for Congress to decide whether it wants to address this issue.” Not only do we now have ample evidence that ending DACA won’t force Congress to act, DHS’s memo—by laying out policy, not legal arguments against DACA—makes it less likely that Congress will act. This is because DACA opponents in Congress will now have more ammunition to make their case against action.

Image: Demonstrators rally outside the U.S. Supreme Court as justices were scheduled to hear oral arguments in the consolidation of three cases before the court regarding the Trump administration’s bid to end the Deferred Action for Childhood Arrivals (DACA) program in Washington, U.S., November 12, 2019. REUTERS/Jonathan Ernst.