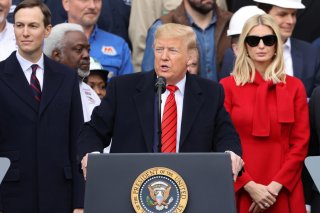 President Trump has touted the North American Free Trade Agreement (NAFTA) as the worst trade deal ever negotiated—and vowed to replace it. Today, it has been replaced by the U.S.-Mexico-Canada Agreement (USMCA) and, unbeknownst to him, this agreement should hold that unsavory title. While the USMCA makes some modest improvements (largely by borrowing from the Trans Pacific Partnership, which Trump withdrew from), it also includes some protectionist elements and veiled industrial policy. Furthermore, while the administration has been rushing to implement the deal in order to score political points on the campaign trail, businesses are left to sort out the new rules and paperwork that they will have to start following as of today. USMCA was pitched as a way to reduce uncertainty among the three trading partners in the face of threats of withdrawal from NAFTA that Trump made regularly. But at the end of the day, much uncertainty still remains.

The first area where we are likely to see some challenge in implementation was exactly the issue that received an inordinate amount of attention during negotiations: autos. The rules that determine whether a product can cross duty free across the border—rules of origin—were tightened for the auto sector. In NAFTA, passenger vehicles were required to have 62.5% North American content, and in the USMCA that has been increased to 75%. This means that auto producers will need to source more components from the region, in addition to ensuring that 70% of the steel and aluminum used in production also comes from Canada, Mexico or the United States. On top of this—a first ever in a trade agreement—a new labor value content requirement was added that requires auto makers to have 40–45% of their auto content made by workers making at least $16 an hour. This is clearly aimed at moving production out of Mexico, which has been an important link in the North American auto supply chain. For automakers these rules will raise some challenges in implementation, not least because auto production is so fragmented, and that every producer up and down the supply chain must abide by the new content rules. Coordinating this is no easy feat. Canada has yet to pass the regulations that will bring the auto rules into force, and with today being a holiday in Canada, that process will undoubtedly be delayed. In the United States, guidance on the regulations has been shared, but the interim final rules on uniform regulations and labor value content were just published today.

The second cloud of uncertainty hangs over the new labor rules, something that House Democrats pushed hard to include in December of last year. As my colleague and I pointed out at that time, we thought that USMCA was moving forward too quickly and that these new provisions, that again are a novel feature of any U.S. trade agreement, at bare minimum required some open discussion and debate. But instead of evaluating the merit of including these terms, a vote was also rushed through Congress to cement the USMCA as NAFTA’s replacement. The most concerning aspect of the new labor rules is the potential litigation boondoggle they may unleash, with the inclusion of a rapid response mechanism (RRM) for labor enforcement, which was put into place to ensure remediation of a denial of collective bargaining rights. There are two separate RRMs, one as between Canada and Mexico, and the other between the United States and Mexico, and is specifically designed to handle a particular denial of the right of free association and collective bargaining by a private entity at a particular worksite. As law professor Kathleen Claussen explains, “the RRM is not so much a claims process but rather a quick way to deal with a ‘belief’ by a government that there is some denial of rights underway.” This is a completely untested mechanism, so we have yet to see how this will play out. However, if recent testimony by U.S. Trade Representative Robert Lighthizer is any guide, there is likely to be a flood of claims that will test the scope and limits of this new enforcement tool.

Thirdly, the biggest element of uncertainty is something we already knew about even before the deal was signed. As we have seen from the administration’s past tactics on trade, a deal is never really fully negotiated, but an ongoing process of bargaining. This is combined with iterative threats in one form or another. Recently, Trump suggested that he might reimpose tariffs on aluminum from Canada despite the fact that Canada’s agreement to USMCA was premised on the removal of tariffs under the Section 232 statute, which employs tariffs as a tool in the name of national security. To suggest that aluminum from Canada poses a threat to U.S. national security is not only laughable, but risks seriously harming our integrated trade in this product. 76% of Canada’s primary aluminum production is exported to the United States, and as Prime Minister Justin Trudeau recently remarked, U.S. industry needs Canadian aluminum, because it does not make enough on its own, and furthermore he stated:

If they put tariffs on Canadian aluminum, they’re simply increasing the costs of inputs, necessary inputs, to their manufacturing base which will hurt the American economy. Again, we see that our economies are so interlinked that punitive actions by the United States administration end up hurting Americans the same way they end up hurting Canadians.

If Section 232 tariffs are imposed again (even though the legality of this action is highly questionable since it doesn’t meet the statute’s procedural requirements) this could add to the already tense relationship with our strongest ally and one of our most important trading partners.

All this points to something bigger at play here. While much of the commentary you will hear about USMCA today is that it is a minor tweak on the NAFTA, and that we should all just be thankful NAFTA is not really gone, it is imperative not to miss the fact that the administration purposely took North America out of our continental free trade agreement. The renaming of NAFTA is not just a symbolic move, and the actions of the Trump administration have solidified the point that the United States does not see its closest trading partners as it used to. In fact, the United States has resorted to regular bullying tactics to get Canada and Mexico to do what it wants, and USMCA – three countries fending for themselves – is the unfortunate result. Next week, Mexican President Andrés Manuel López Obrador will visit President Trump, which has unleashed much in the way of domestic criticism of Obrador, who has defended the move by claiming that he is “not a sellout.” But that’s really not how it looks. A number of Mexico-U.S. relations experts, including former Mexican ambassador Arturo Sarukhán, have warned that Obrador’s visit will be used as a prop, and is “suicidal for Mexico’s long‐​term and strategic relationship with the United States.” I wholeheartedly agree. By visiting Trump, particularly during a pandemic that is not slowing down in either country, shows the pull the United States has over Mexico in no uncertain terms. This is a political move that Obrador will likely live to regret.

The goal of the Trump administration with the renegotiation of NAFTA was clear from the start—it was not about strengthening North America as a powerhouse regional economic bloc, but rather about restructuring it to give the United States more control over its trading partners. The fact that Canada and Mexico signed onto a deal that many economists have estimated will actually make North American trade worse off is further evidence of this. While there may be some limited celebrations for the entry into force of USMCA, I will be marking the occasion in Canada, on Canada Day no less, with a Canadian steak, a Corona, and a big “sorry” to Canada and Mexico for having the unfortunate experience of having to renegotiate NAFTA and for weathering the uncertainty that is surely to come.

This article by Inu Manak first appeared in CATO on July 1, 2020.