Trump's “Acting” Officers Are Harming The Constitution’s Balance Of Powers 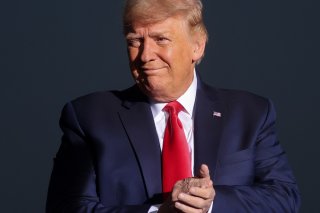 A core component of the balance of powers between the executive and legislative branches is the Senate’s role to advise and consent to the appointment of officers. Under the Appointments Clause of Article II, federal officials are nominated by the president with the “advice and consent of the Senate.”

However, and this should come as no surprise to anyone, the Senate is not an efficient body; there are often delays with the appointment process, both due to unexpected vacancies, and general political gridlock. Knowing this, Congress enacted the Federal Vacancies Reform Act (FVRA) which allows the president to appoint “acting” officers, without the Senate’s advice and consent, so long as they are only in office for a limited time: a maximum of 210 days. This act is a narrow exception and is the only way that the president can make non‐​recess appointments which do not go through the advice and consent of the Senate.

Nonetheless, in April 2019, Kevin McAleenan assumed the role of “acting” Secretary of the Department of Homeland Security (DHS), directly followed by Chad Wolf who assumed the position in November 2019. Not only did both of their appointments violate the FVRA by going outside of the order of succession, but by the time Wolf was appointed as acting secretary, no one was eligible to be “acting” secretary because the 210 day period had elapsed.

These “acting” officers have as much power as their permanent counterparts but can only stay on the job for a limited time, during which Congress and the president can (hopefully) find someone mutually agreeable for the permanent position. The limited time of these appointments is the basis for Congress waiving its advice and consent in favor of administrative efficiency. If the president were allowed to exceed the limited time at will, that would provide an end‐​run around advice and consent.

Since any officer appointed in violation of the FVRA is an unconstitutionally appointed officer, any rules promulgated during the tenure of that officer cannot be enforced. This is why the Cato Institute has filed an amicus brief in the Northern District of California to encourage the court to invalidate a final rule that was passed 264 days into Chad Wolf’s time as acting secretary of the DHS.

Advice and consent is undoubtedly a core component of the balance of powers between the executive and legislative branches. Cato thus argues that the court must err on the side of the accountability that comes from the two‐​branch appointment process, just as the Framers did in designing the Appointments Clause. The Constitution requires that the court declare these appointments invalid and ensure that any rules promulgated under them should have no force or effect.