Uh-Oh: Should More Americans Be Investing Their Stimulus Money? 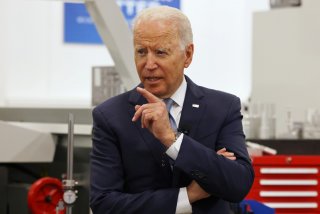 Nearly half of Americans invested their stimulus payment in the stock market, according to a new poll.

The survey, released by Betterment, found that 91 percent of respondents received some stimulus money and 46 percent invested some of the relief.

Among surveyors who did invest, 70 percent invested at least half or less of their stimulus check.

The results of the poll indicate that almost half of respondents invested stimulus money that was supposed to be used to alleviate any financial burdens pressing on recipients due to the impacts of the coronavirus crisis.

The same survey from 2020 revealed that just nine percent of respondents said they put some of their direct payment from the federal government toward investment.

The results of the Betterment survey come after President Joe Biden sent a third round of stimulus checks to eligible Americans worth up to $1,400.

Biden’s American Rescue Plan granted individuals earning up to $75,000 annually to receive the full stimulus payment amount, as well as couples making less than $150,000 annually and heads of households earning up to $112,500. The relief package sends an additional $1,400 per qualifying dependent.

Congress also approved two separate pandemic overhauls during former President Donald Trump’s time in the White House, sending Americans $1,200 from the Cares Act that passed in March 2020 and $600 from a December pandemic measure.

Meanwhile, several congressional Democrats have continued to apply pressure on the Biden administration to pass another round of direct relief or even multiple rounds. It’s unlikely, however, that Biden would support such a massive move.

Democrats argue that Americans are still struggling due to the economic downturn, as they are unable to “put food on the table and keep a roof over their heads,” a group of House Democrats wrote to the president earlier this year.

There have also been efforts from Senate Democrats to push the president to provide recurring stimulus payments tied to economic conditions.

The Betterment poll was conducted from April 26 to May 3 and surveyed a total of fifteen hundred respondents who are eighteen years old and older and have any kind of investment. There was no margin of error reported.