Uh Oh: Social Security Doesn't Have Much Longer to Live 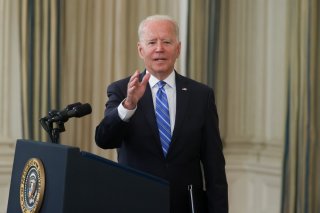 Key Point: As President Biden marks his sixth month in office, he has accomplished several significant pieces of legislation, including the American Rescue Plan Act in March 2021. The president also negotiated a bipartisan trillion-dollar infrastructure bill and is attempting to pass it alongside a much larger bill. Although the fate of both bills remains uncertain, many of the provisions they contain are popular with voters, and Biden’s poll numbers have been fairly high so far.

One of the things that might push the president’s numbers up even further—or tank them—would be to try to reform the Social Security Trust Fund to keep it solvent in the future.

Social Security is one of the most popular federal programs in the United States. Its immense popularity has strongly discouraged efforts at overhaul, such as President George W. Bush’s abortive attempt to partially privatize it in 2005.

However, Social Security has a problem: its payments are larger than what it takes in in taxes, and it is slowly but surely running out of money. This is not a new problem, but special interest groups have blocked attempts at solving it. In 2011, President Obama proposed a dual-pronged approach to stabilizing the plan, including minor benefit cuts and minor tax increases to equalize the flow of capital; elderly activists and fiscal conservatives separately attacked each side of the proposal, causing it to fall apart.

As a result of this opposition, the Social Security Administration's (SSA) revenue problem has grown. In mid-July, the Congressional Budget Office released a report on Social Security’s long-term viability, concluding that it will run out of money by 2032 if the problem is not addressed. The Disability Insurance Trust Fund, a separate fund that provides for disabled Americans, will last until 2035.

As long as the government can pay that money back, this is not a problem—and the government has reliably done so to this day. But a consistent feature of the last twenty years, particularly during the Trump administration and the COVID-19 pandemic, has been large budget deficits. The government’s obligations to the Social Security Trust Fund represent a large, and increasing, portion of its debt.

One way or another, it is clear that this system is not sustainable—and it would be a worthy and far-sighted task, albeit a difficult one, for President Biden to try to reform it.