Underwater Drones Could Be the End of Submarines 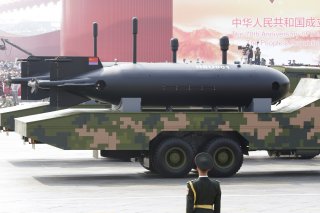 Here's What You Need To Remember: “Think of a flotilla of 20 low cost Chinese ‘trawlers’ all peacefully ‘catching fish’, but actually acting as a mother-ship each for 200 low-cost mass-produced mini-UUVs…This flotilla could be assisted by the fixed seabed and tethered anti-submarine sonar sensors China is already stringing across East Asian seas.”

Sébastien Roblin holds a master’s degree in conflict resolution from Georgetown University and served as a university instructor for the Peace Corps in China. He has also worked in education, editing, and refugee resettlement in France and the United States. He currently writes on security and military history for War Is Boring. This article first appeared in 2019 and is being reposted due to reader interest.