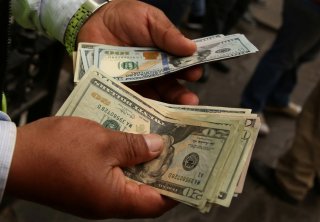 Here's What You Need to Remember: Due to new tax codes to implement and the disbursement of more than a hundred sixty million stimulus checks, the IRS has struggled to quickly process returns this tax season, which has been extended to May 17.

For those who think government monetary assistance ended with the latest $1,400 coronavirus stimulus checks, know that there is great news.

According to a new Treasury report, roughly 7.3 million tax returns processed by the Internal Revenue Service appear to qualify for these new unemployment tax refunds that are part of President Joe Biden’s $1.9 trillion American Rescue Plan. The data further revealed that those tax returns reported a total of $87 billion in unemployment benefits.

The president’s ambitious legislation was able to waive federal tax on up to $10,200 of unemployment benefits—or $20,400 for married couples filing jointly—that were received in 2020.

Unemployment benefits are typically treated as taxable income, according to the IRS.

Keep in mind, however, that households with $150,000 or more in income are ineligible for the new benefits.

More importantly, it appears that financially struggling taxpayers won’t have to wait long to receive the funds. The IRS already has given notice that the tax refunds on 2020 unemployment benefits are expected to start hitting eligible U.S. bank accounts within this month.

The IRS has confirmed that it will issue the refunds automatically to taxpayers who qualify.

“Because the change occurred after some people filed their taxes, the IRS will take steps in the spring and summer to make the appropriate change to their return, which may result in a refund,” the agency stated.

“The first refunds are expected to be made in May and will continue into the summer,” it added.

However, be aware that many of those unemployed individuals who are eligible for the tax break had already filed their returns by the time Biden signed the legislation. Due to this fact, the IRS has taken the initiative to automatically recalculate tax liabilities for each individual—which may have the potential to delay some of the payments.

“Any resulting overpayment of tax will be either refunded or applied to other outstanding taxes owed,” the IRS said.

The agency has also indicated that married couples who file a joint tax return may have to wait longer than individual taxpayers to bag the refund. According to IRS officials, this is largely due to the higher complexity of calculating their refunds. The agency is expected to issue the refunds in two phases—and it appears that most married couples who filed jointly will be part of the second phase. There is no word yet on when the second phase will begin.

Due to new tax codes to implement and the disbursement of more than a hundred sixty million stimulus checks, the IRS has struggled to quickly process returns this tax season, which has been extended to May 17. There have been reports that the average wait time for a refund has ranged from six to eight weeks—much longer than the typical wait of three weeks or less.