Universities Could Grow Back Even Stronger After COVID-19 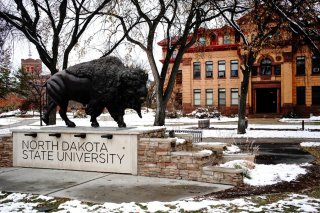 In the past century, universities have risen to occupy a central place in the knowledge economy, from fostering innovation to attracting promising international students and researchers, and being an anchor for regional and national economic development.

Universities are integral to public policy. Never before have institutions of higher education been so influential and powerful in the lives of families, communities and in the state.

At the same time, universities have never faced the intense pressure they do at the moment. The short-term pressure is to successfully pivot, in a matter of mere weeks and months, to delivering education online and continue to conduct research in a primarily virtual manner. Yet that pressure extends considerably beyond the immediate impacts of COVID-19.

They’re also facing pressure from students eager for good jobs after graduation, pressure from competitors located online or in other countries and pressure from governments that demand tangible outcomes from public funds.

From insulated to post-war boom

Before the 1940s, universities were small, and admitted only the elite who were educated for a limited number of professions. Courses and programs changed little from year to year. Universities were largely insulated from each other and from activities and events elsewhere.

Corporations were eager for new knowledge that might be commercialized, while governments were keen to ensure that universities made contributions beyond conferring degrees.

In this new environment, students had more choice than ever in regard to institutions, programs and delivery modes, but a less clear path to the successful career their parents expected.

University administrations reacted by creating elite undergraduate programs such as in business and other professions that charge high tuition (in part because they are largely taught by full-time members of the collegiate) and guarantee entry-level employment.

Beginning in the 1950s, university staff, including professors, unionized and became influential in increasing compensation for full-time workers. Faculty unions pressed for smaller teaching loads (less hours in the classroom) to free up more time for research-related activities.

Competition between universities increased for limited public and private funds, prestige and access to the best students and researchers. As the English language secured its dominance as the lingua franca of science, business and other fields of study, that competition became international. Global ranking schemes emerged comparing the performance of universities, programs and scholars.

Competitors emerged outside of traditional academia when online delivery of content became low cost with the required technology available to the masses. In the past decade Udacity, Coursera, edX and other e-learning organizations, some for-profit and some not-for-profit, sought to carve niches in the expanding online learning market.

Universities responded to the encroachment by launching their own online degrees and programs that carried far more prestige, came with more marketing power and a larger base of supportive alumni than could be mustered by the new competitors. Universities charge the same tuition fees for on-campus in-classroom degrees and those earned online at the same institution, thus blurring the differences between the two modes of delivery.

Universities have also learned the value of international branch campuses as a means to market and protect their brands. American and British institutions have taken the lead in creating offshore campuses, especially in the emerging economies of Asia.

Several Canadian universities have branch campuses in Asia and the Middle East.

Furthermore, all universities now have a variety of joint/dual programs or at least a variety of partnership/exchange agreements that allow them to project their influence around the world.

The financial stakes implied in these disrupted global educational markets have not escaped the purview of banks. A report by RBC, The Future of Post-Secondary Education: On Campus, Online and On Demand, notes: “New forms of engagement with international students … may include more in-country presence of Canadian institutions.”

The institutions have demonstrated to governments that post-secondary education and research support public policy, especially in a global economy. Universities have also successfully facilitated social mobility, a concern that resonates particularly with middle-class voters.

Universities in the United States have been the most successful in adapting to, and prospering in, the new competitive conditions. In part they have done so by creating vast financial resources to support their operations and protect themselves from opponents. For example, Harvard University’s $40-billion endowment fund allows it to recruit the best students and staff, build state-of-the-art facilities, quickly react to new research priorities and otherwise out-muscle competitors.

It is telling that Xi Mingzhe, the daughter of Chinese leader Xi Jinping, completed her undergraduate studies at Harvard. Despite China’s growing global economic superpower role and the political instability in the United States, for the foreseeable future it’s inconceivable that the children or grandchildren of American leaders will complete post-secondary studies in China.

With a history stretching back a millennium, universities have proven to be nimble and entrepreneurial even while adroitly portraying themselves as guardians of tradition. Having successfully protected their franchise during nearly a century of disruption, there is little worry that they will perish in the foreseeable future. Indeed, their influence may well expand.