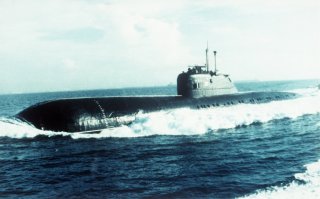 Here's What You Need to Know: K-429 sank again in 1985 after being refloated following an accident in 1983. She served out the rest of her life as a training hulk.

Three months later, Suvorov and one of his compartment chiefs were arrested, tried, and convicted for violation of fleet rules. Suvorov received a ten-year sentence, of which he served three. Overall, sixteen men died. The Russian public only learned of the accident in the 1990s; the original crew of K-429 only found out when they arrived in port with their submarine nowhere to be found.