Unstoppable: Can Anyone Overcome the F-35 Fighter’s 60:1 Advantage? 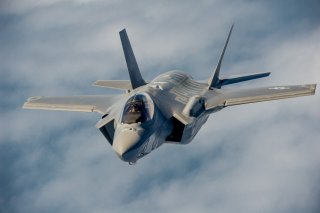 Here's What You Need to Remember: The OODA Loop is of equal importance to the F-35 which, while engineered to dogfight as well, is built to draw upon its long-range sensors to complete the process - before ever seen by an enemy.

This first appeared in October 2019 and is being republished due to reader interest.