Unthinkable: How Might China Sink an American Aircraft Carrier 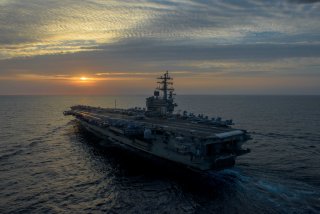