Uranium Bullets: The A-10 Warthog's Cannon Is A Truly Fearsome Weapon 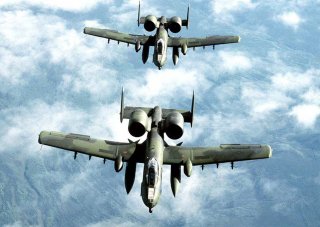 Here's What You Need To Remember: As a result an alternative was found — depleted uranium, a by-product of the enrichment of uranium for nuclear power reactors. It boasts approximately 60 percent of the radioactivity of naturally-occurring uranium. As an added benefit, fragments burst into flames when they break off from the main projectile. General Electric’s promotional material is careful to generically describe the depleted uranium as a “heavy metal.”