US and Allies Prepare for War Against Russia 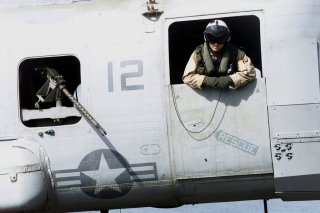 Here’s What You Need to Remember: Georgia hosted this year's Trojan Footprint 21, where the U.S. Army Green Berets assigned to the 10th Special Forces Group trained to continue to build interoperability with Georgian Special Operations Forces.

It has been said many times that soldiers are made, not born – even if some would argue that there is a special breed of soldier that is actually naturally conditioned for the Special Operations Force (SOF).  Yet, even in those cases a mission's success and survival of the team all comes down to training.

If practice gets a musician to Carnegie Hall, then it could be said that intensive training ensures that the special operators get back home alive.

That is why this month the U.S. Special Operations Europe (SOCEUR) conducted its largest annual exercise in conjunction with a smaller drill, whereby special operations units from several NATO member and partner countries worked together to hone their skills.

SOCEUR planned for the Trojan Footprint 21 and Black Swan 21 exercises to concur simultaneously to help simulate a full-blown conflict with Russia ranging from the Baltic States and Scandinavia south to Ukraine and the Black Sea region.

The Hungarian-led Black Swan 21 featured a variety of Special Forces training including on Aerial Vehicle Interdiction, Fast Rope Insertion Extraction System (FRIES), and Special Reconnaissance. The goal of the exercise was to test military synchronization capabilities and to help defend multiple domains in Europe simultaneously.

"I think this is the manifestation of everything that is great about NATO, several NATO allies coming together and even non-NATO partners coming together to share their tactics, techniques, procedures, and lessons learned so that we’re all better," explained U.S. Air Force Maj. Gen. David H. Tabor, the commanding general of U.S. Special Operations Command Europe.

In Szolnok, Hungary, the Army's Green Berets were able to train alongside Austrian, Croatian, Hungarian, Slovakian, and Slovenian SOF.

"It's been great training together with a variety of countries," said a U.S. Army Green Beret team leader. "Every day we've gotten stronger and more fluid, and we’re confident to accomplish missions either side by side or as individual units."

The exercises addressed the threat from Russia, which has bolstered its presence in the Black Sea following its annexation of Crimea. The training operations showed how NATO and other partner SOF would be able to work together if the need came.

"It's important to see how NATO members can work seamlessly together, can support each other, and act well together to be a really credible deterrent to any adversaries that face us," said Brigadier General Rob Stephenson, Acting Commander of NATO Special Operations Headquarters.

"While the exercise is focused on improving the ability of SOF to counter a myriad of threats, it also increases integration with conventional forces and enhances interoperability with our NATO allies and European partners," said Col. Marc V. LaRoche, deputy commander, U.S. Special Operations Command Europe. "Most importantly, Trojan Footprint fortifies military readiness, cultivates trust, and develops lasting relationships which promote peace and stability throughout Europe."