The U.S. Army Had High Hopes for One Specific Rifle 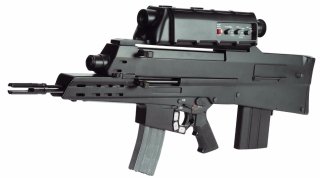 Here's What You Need to Remember: The effort wasn’t a total waste, however. The OICW inspired the M320 grenade launcher and the XM25 air-burst munitions system.